Steve Harvey
6:00am - 9:59am
Steve Harvey Morning Show
Request A Song
My Profile

“Liz’s familiarity and history with Southern California make her a perfect fit to take the reins of The Wave’s morning drive,” said Jeff Federman, Regional President, Audacy Southern California. “We’re certain she will deliver a fresh, dynamic morning show that resonates with the Wave’s community.”

Hernandez is a SoCal native who started her entertainment career as a cast member of the nationally syndicated Big Boy’s Neighborhood when it was on KPWR (Power 106). After a decade of service, she made the transition to television as a host and correspondent for Access Hollywood, E! News, and MTV. Hernandez continues to connect with community as the Founder and Creator of WORDAFUL, a video and live event series that focuses on the importance of how we communicate with others and ourselves.

“This truly is a homecoming to my first love — radio, and what better way than with a morning show at The Wave,” said Hernandez. “I’m incredibly proud to be a Latina in this space and to represent my culture and community, and grateful for the opportunity to be a voice for the beautiful people of Los Angeles. I’m excited to bring my energy and years of experience and to continue to celebrate this amazing city.”

It’s the celebration of a milestone and a nod to a new beginning. 96.3 WHUR is marking its five decades of excellence in broadcasting and community service with the “WHUR 50th Anniversary Night of Excellence.” It’s a celebration featuring R&B superstars Johnnie Gill and Marsha Ambrosius Friday, November 18th at 8 p.m. at DAR Constitution Hall in N.W., DC.

In addition to hearing such hits as “My My My” by Johnnie Gill and “Far Away” by Marsha Ambrosius, the night will also feature a musical tribute to WHUR and the DMV throughout the decades, plus a host of other surprises. The “WHUR 50th Anniversary Night of Excellence” is in collaboration with CD Enterprises and is part of the close out of events for the station’s golden anniversary.

“Whether they grew up listening to us or just discovered 96.3 WHUR, DMV residents are part of the radio station’s legacy. That’s why we’ve curated this superstar occasion for our listeners’ enjoyment,” said WHUR Program Director Al Payne.

For the past year, WHUR has hosted several stellar events to mark its 50th Anniversary, including a special mural unveiling at Ben’s Chili Bowl on U Street, a Christmas Holiday window reveal at Macy’s Downtown-Metro Center, and a mega Disney on-air giveaway to 50 lucky WHUR listeners and their families. “We are proud of our rich history and legacy and these events and celebrations are just another way we want to say thank you to the DMV for keeping us a part of the community for 50 years strong,” said WHUR General Manager Sean Plater.

“The ‘WHUR 50th Anniversary Night of Excellence’ is not just a concert. It’s an event,” added Payne.

YL is an authentic NYC underground emcee to the core. I first became aware of him back in July when he collaborated with Eyedress on their mixtape The Hills Have Eyes. YL has worked with another PALM favorite, Vel Nine (formerly known as Vel the Wonder) and was featured on her latest album Freakjet. YL discussed what it’s like growing up in the Chelsea neighborhood of Lower Manhattan, being inspired by the likes of Blu & Exile, how he formed his collective RRR (Real Recognize Real), traveling out to Japan to perform and more on PALMCAST!

Now that the suspect has been identified in the murder of rapper PnB Rock on September 12 at a South Central L.A. Roscoe’s, I wanted to shed some thoughts on the epidemic of rappers being killed in this city as well as all across the country. Police have arrested 17-year old Who was the Alleged shooter, and are still searching for his father Freddie Lee Trone, the boy’s father who they suspect drove the getaway vehicle. They also have arrested a 33-year old man who was associated with the murder. Compton rapper Kee Riche$ was also gunned down on Saturday September 25th in his hometown of Compton. The 23-year old was not only an artist but a community organizer who hosted charities to give back to children in his neighborhood. Share your thoughts in the comments below about the epidemic going on.

Peace & Greetings To You ,

I am reaching out to each of you in an effort to get your cooperation and support to help stop the proliferation of “Black Death Music” that is being financed, marketed & promoted by each of your labels.

Unfortunately, as of September 29, 2022 …There have been “540 BLACK PEOPLE KILLED IN CHICAGO VIA GANG VIOLENCE THIS YEAR.

There has also been “2,757 BLACK PEOPLE WOUNDED IN CHICAGO”. Many of these people are paralyzed.

In contrast, the city of Los Angeles which is a much larger city than Chicago, has had “181 murders”. A major difference.

As we all know, music is a very powerful force in our world. Recently Mr. Robert Kyncl, the newly appointed CEO of Warner Bros. Music, stated that “Music has the unmatched ability to propel change”.

That is precisely why I am asking each of you very intelligent men to  stop investing in “Black Death music”.

Your corporations have made enough money off of this negativity.

I have been working for decades to try to do my part to help direct young Black teens away from the gang lifestyle.

Let me ask each of you a question. How would you personally feel if Black owned record companies were financing & promoting songs that called for the death of YOUR family members & race. I bet you wouldn’t like it that much.

In closing, I have been blessed to be able to establish extremely strong relationships and connections with young men in Chicago who can really make a difference in reducing gang violence.

I am focused on a new venture called “The Chicago Institute Of Peace” which will be a “Safe Haven” for young Black teenagers who will learn to channel their creative energies into learning how to record, mix and master original recordings and to market their products online via new age promotional techniques. They will also have access to mentoring services.

I ask all of you for your support both financially and spiritually.

Please reach out to me ASAP. I need your help desperately.

I can be reached at: stansheppard2020@gmail.com

The Urban Buzz sends heartfelt condolences to the family, friends and fans of rapper Coolio, who died at age 59.

According to a report from TMZ, Cooli was visiting a friend and whent to the bathroom and never came out. The friend found him lying on the bathroom floor before emergency crews arrived on the scene.

While an official cause of death have yet to be released, TMZ reports cardiac arrest may have played a factor in Coolio’s death.

As the news broke, those who knew him paid homage.

“This is sad news,” Ice Cube wrote. “I witness first hand this man’s grind to the top of the industry. Rest In Peace.”

“Can’t say I knew him well but I had met him many years ago in Los Angeles and everytime I would see him over the years since– it was always pleasant. He was a good brother. May he Rest In Paradise.“–Kevin Fleming, The Urban Buzz

“Our favorite time of the year is back,” said Derrick Corbett, SVP of Programming for iHeartMedia Philadelphia. “We’re super excited to bring another huge show to the city of Philadelphia, in continuing the legacy that is Powerhouse 2022. It’s an honor to present some of the most iconic performers in Hip Hop on our show this year, making this a must-have ticket for everyone in the tri-state area.”

Proud partners of Powerhouse 2022 include Live Nation, Gift of Life, and Angels Are Us. A portion of the proceeds from each Powerhouse ticket will go to the Philadelphia Music in Schools Program in honor of the late recording artist PNB Rock.

Veteran creative executive Orlando Wharton has been named Executive Vice President of Capitol Music Group (CMG) and President of Priority Records. The announcement was made by CMG Chair & CEO Michelle Jubelirer, to whom Wharton will report. In his new position, Wharton will sign and guide artists across CMG’s portfolio of labels, and will relaunch the legendary Priority Records label as a dedicated home for new, developing and established hip hop artists.

Jubelirer said, “Orlando has an undeniable track record of finding and developing groundbreaking and talented artists. Between his boundless energy and deep well of relationships is his unwavering commitment to helping artists realize their maximum potential and bring their creative visions to reality. Music is Orlando’s purpose, and he’s the ideal executive to relaunch Priority and help write the next chapter for Capitol Music Group.”

Wharton said, “Priority Records is a legendary label that gave artists a voice when they were voiceless; a label that was about real music that didn’t rely on gimmicks to make an impact. I’m really looking forward to working with Michelle Jubelirer and the great team she’s assembled at CMG, always mindful that artists lead the way and that we’re here to support their brilliance and creativity.” Wharton will assume his positions at CMG early next year, and will be based at the company’s offices in New York.

Audacy Pittsburgh has promoted KiKi Brown to Assistant Brand Manager and Music Director of Urban WAMO 107.3 (W297BU). She will continue to do afternoon drive and serve as Public Affairs Producer of What’s Good In Your Hood?, which airs weekly on WAMO, KDKA-AM & FM, WBZZ and WDSY.

Ms. Brown is a Pittsburgh native who grew up, literally, in the hallways of WAMO where her father was an on-air personality. She held a variety of on-and off-air roles for WAMO, and later, WERQ (92Q)/Baltimore. She also worked as an on-air personality at former Cumulus Urban AC WNBM (Radio 103.9)/New York and WKYS/Washington, DC before returning to WAMO in 2016.

Brown joined Audacy Pittsburgh in 2021 and added afternoon drive duties when Audacy assumed operations of WAMO via LMA in April 2022.

“That’s how we doin’ it,” Snoop Dogg said in a video posted on Instagram. “Makin’ it real easy for you to get up in the morning, get you something to eat, start your day off right. Somethin’ healthy, somethin’ generational, somethin’ from me and P, to you and yours.”

Snoop Dogg believes the breakfast items were necessary for the culture, especially after Aunt Jemima was taken off the shelves. In 2020, Quaker Oats changed the product’s name and image because they recognized, “Aunt Jemima’s origins are based on a racial stereotype,” NBC News reported.

Now, Broadus Foods will show the beauty of what can happen when products created for the culture are created by the culture. The brand will also shine a light on other minority products and brands to financially empower communities.

“There was a void for our culture when they took ‘Aunt Jemima’ off the shelves. We’re replacing it with ‘Momma Snoop’ pancake mix, syrup, grits, and oatmeal adding diversity into the grocery stores industry and creating opportunities for minority-owned food products and brands,” said Snoop Dogg, according to a statement on Instagram.

“Our mission is to build economic empowerment and generational wealth. The more we make, the more we give,“ Master P also shared in a statement on Instagram.

As aforementioned by AfroTech, each purchase of Momma Snoop Breakfast Foods will support charitable efforts such as Door of Hope.

The non-profit has a focus on assisting those facing homelessness. 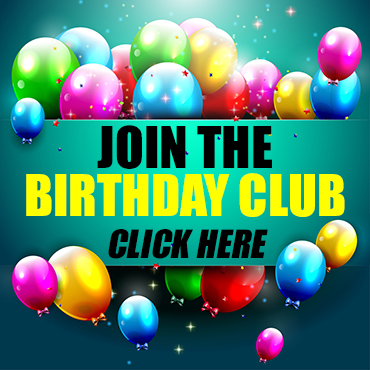 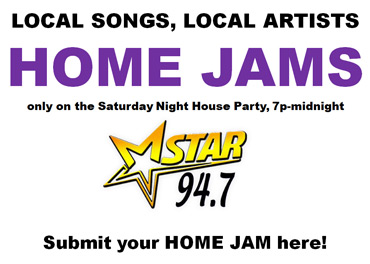